This track started with a freestyle beatbox jam at a students home in Manipal. Hursh happened to be there. We had some great fun imitating sounds and beatboxing. Hursh had this great vinyl scratch sound. It was a quick job to record some of it on that amazing hot Indian balcony. The framework was setup.

The other day I added some saxophone layers and got in touch with Neville "Mac" Anderson. Actually we just missed him in Thailand and still talked about doing something. I sent him the brass track and he returned his contribution. Actually this was the first time we've been working with somebody we didn't get to meet in person. Which was just an exception, hope to meet Mac in the future.

After having these brass layers we record a German bassplayer in Goa. One of the first hippies stranded in India. Nafi doesn't see so much reasons to go back. Which is fair enough when you enter his awesome home. Nafi didn't need much to plug in and play. Though, it was a bit of a hurry that day since we also recorded Clive Vaz and Helen Louise Jones.

We met Simon Fischer in Hampi. An incredible Indian breakfast and a mouthorgan where the right ingredients to record his layer of mouth-organ. The idea of this track was to give it a freestyle feel. It's actually just a worldwide jamsession and not written to be a pop-song at all. We where like "Okay, why not switching to a beatbox mouthorgan outro now". So we did.

A couple months later we end up in Uganda. Music isn't so hard to find out there. Sound-systems, singers and clubs are everywhere. So was Disan Future. We met this reggae artist in Kampala. Driving around in a car with Disan is like having a private gig. He freestyles out loud about anything he sees. He took us to his producers studio and made a song on spot. He also improvised some passionfruit lyrics on this record.

At this point the track had a huge "freestyle" feel. Though it was a bit chaotic. Beatbox, bass, brass, flute, mouthorgan sounded kind of separated in the big picture. It really needed something to merge everything together. Jasper Barendregt player a clear beat which made the whole thing suprisingly united. It also added an oldskool hiphop feel and made the freestyle online jam complete.
artists 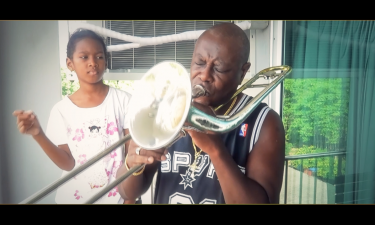 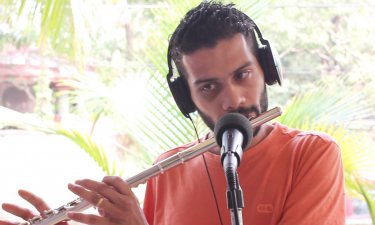 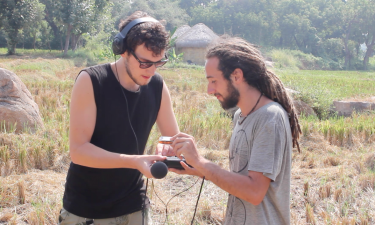 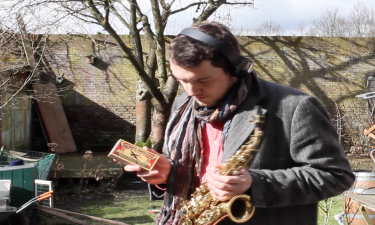 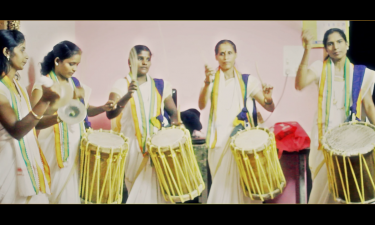