The backpack blues started on a laid-back backpack day in Hampi where we met Tobias. Tobias was enthousiast about the project and keen to play a bluesy first layer. Love his oldschool way of playing the blues. It was a challenge for him to play while burning in the sun so we've moved from shade to shade. Having a meal and some drinks to cool a bit. Life isn't bad at all on those moments. Really, we've had some great days in musical Hampi, India.

The next layer is played by Nafi-Harald Weiße. Also to be seen in "Beyond Brass". Great to have met Nafi, more than keen to interact with whatever I played. The bass works really well with just the first guitar. Thanks to Nafi there was a steady framework at this moment.

In Uganda we met Matovu Robson who didn't need long to record. He checked out the track for a bit and was ready to go. When I plugged in the mic he just improvised his lyrics in L'Uganda about being dedicated in what you do. Love his delivery and this message.

Inge Persoon and Jennifer gave the chorus a lot more power and body by jamming the 2nd vocals on it. Jennifer added an awesome vocal solo bit and Inge served the melody on trumpet. Love this female input. It's so delightful to work with great musicians like them. I've met Jennifer in Amsterdam at Coen van den Brands place where we also recorded his cachon.

Axel la Courte played the last layer of this track. After meeting him in Hampi and record his guitar on "God gotta be crazy" it's great to see him again. On a moped-trip to Barcelona I stopped at his place nearby Limoges and discovered the world of Connard. Wonderful to see the creative environments artists create around them. Especially this one. Again, very easy to record Axel. Though it was difficult to choose a sound from his large collection guitars, ukulele, cigarbox-stringinstrument and more. 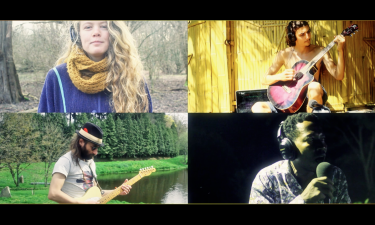 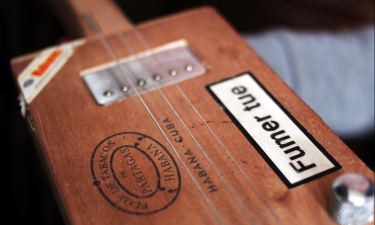 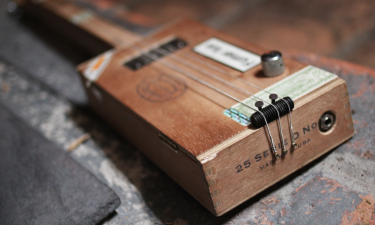 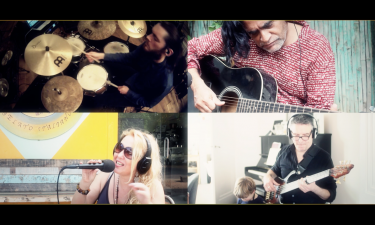